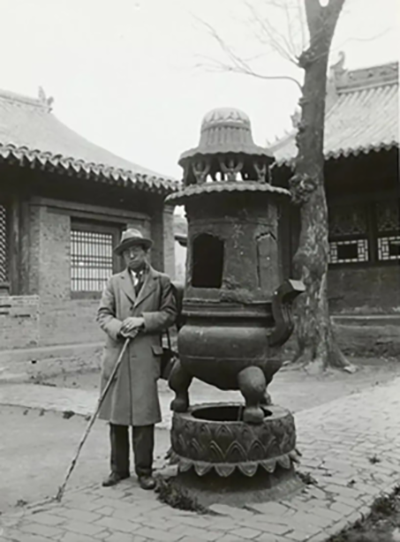 Liang Sicheng poses for a photo in the Dule Temple. [Photo provided to chinadaily.com.cn] 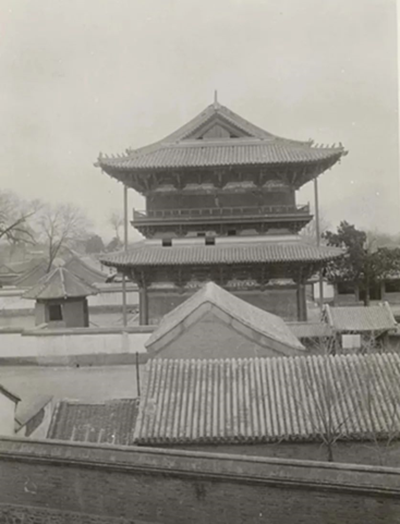 The photo was taken by Liang Sicheng while inspecting the Dule Temple. [Photo provided to chinadaily.com.cn]

Ding Yao, an associate professor of the School of Architecture at Tianjin University and director of the Institute of Architectural History and Theory, reviewed the history and presented a large number of photos Liang took during his inspection in 1932.

"Liang started from the shallow arch carvings on the buttresses of the Dule Temple and compared them with the architectures in different dynasties including the Tang, Song, Ming, and Qing dynasties. He also compared the Dule Temple with the Huayan Temple and the Wooden Pagoda of the Liao Dynasty (916-1125) and concluded that it had characteristics of the Liao style," said Ding. From his view, Liang not only outlined the architectural characteristics of the Liao style, but sought to unveil the "history of Chinese architecture" in his investigation. 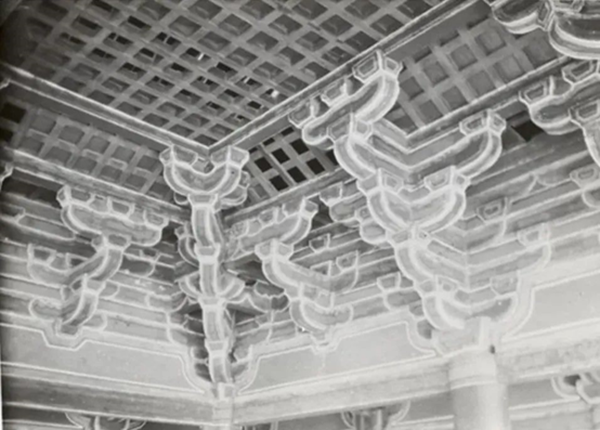 This photo was taken by Liang Sicheng while inspecting the Dule Temple. [Photo provided to chinadaily.com.cn]

Ding said Liang's research showed the Dule Temple was founded in the Tang Dynasty at the latest and was rebuilt during the Liao Dynasty in 984.

Liang praised the Dule Temple as "inheriting the legacy of the Tang Dynasty and unveiling the new generation of architecture of the Song Dynasty. It is an important material for the study on the transformation of Chinese architecture, and a rare treasure." 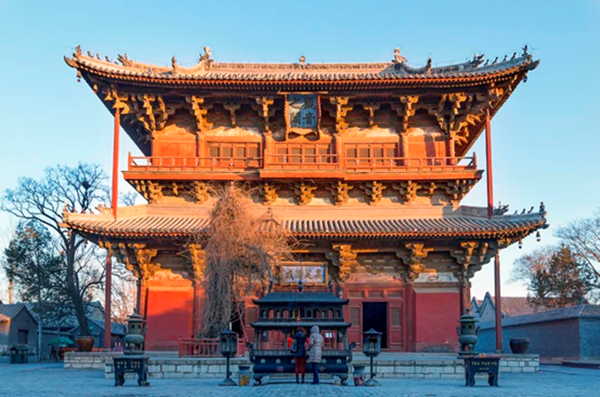 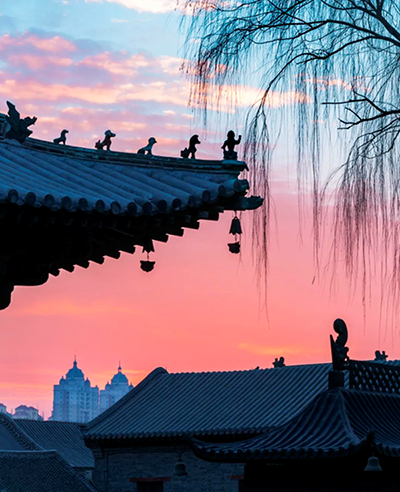 In the Dule Temple Investigation, Liang's exploration is extremely detailed; he described the mountain gate in 16 sections touching on its appearance, flat surface, platform foundation, as well as illustrating the Guanyin Pavilion across 20 sections.

In 1966, Liang came to the Dule Temple again and proposed to install lightning rods on the Guanyin Pavilion and to set up barbed wire on the Guanyin statues for protection.