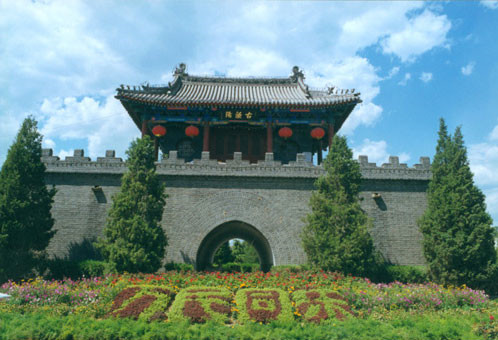 The Drum Tower is located on the north side of the Cross Street in the center of the old town of Jizhou district. Built in the 4th year of the Hongwu Reign in the Ming Dynasty (1371), it was originally both a bell and drum tower, but was merged into a single structure called the Drum Tower. It is the only remaining ancient city tower in Tianjin.

With a history of more than 600 years, the Drum Tower in Jizhou district has been rebuilt six times. The existing tower was rebuilt in the 16th year of the Daoguang Reign of the Qing Dynasty (1836). Having witnessed a number of major historical events, it is now a cultural relic protection unit in Tianjin.