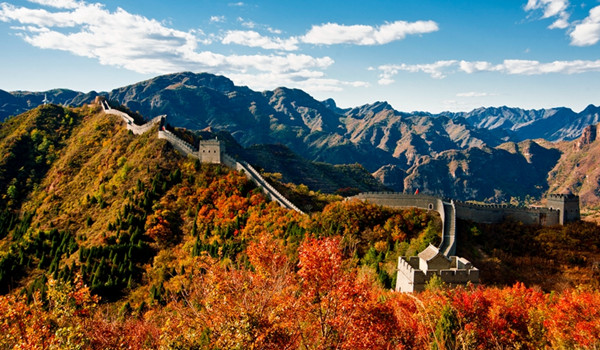 The section of the Great Wall in Jizhou district

The section of the Great Wall in Jizhou district, Tianjin is located in the northern mountainous area with a total length of 41 kilometers. Some experts think the Tianjin Great Wall was first built during the Sui Dynasty (581 – 618), while others believe it was built in the Tianbao reign period of the Northern Qi Dynasty (550-577). It was left as it was without large-scale construction work in the Tang, Liao, Jin, and Yuan dynasties. During the over 100 years from the 12th year of the Chenghua reign of the Ming Dynasty (1476) to the fall of the Ming Dynasty, the great wall was rebuilt and renovated into a complete Great Wall system that consists of side walls, piers, beacon towers and strongholds, as well as the Huangyaguan Pass.

The Great Wall is the pride of the Chinese nation. In 1984, the Tianjin Municipal Government started the three-year restoration of Taipingzhai Great Wall (Taiping Mountain Stronghold), Huangyaguan Pass, and Guancheng (frontier pass city). A total of 3,025 meters of walls and 12 watchtowers were repaired, as were a large number of auxiliary facilities.